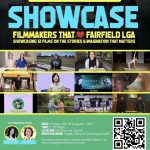 Shining Light On Mental Health in The Community.

For so long growing up in a traditional Chinese family household, I had little to no understanding of what mental health is. Talking about how our day was or to be asked how you are feeling was not generally part of the family conversation, instead it was “get ready, your father is taking you to Maths tutor now” or “you’re late to your piano lesson”.

It wasn’t until I experienced significant breakdowns in my late 20s, I started to question my self-worth, had low self-esteem which negatively impacted my mental health, wellbeing and the people around me.

We all have our own unique journey and at that time when I was at my lowest point, I knew I had to do something to get out of the pattern I was in. Seeking help and asking for support opened so many doors, opportunities, people and participating in local community workshops that led to being a part of The Cyber Connect Project sponsored by Fairfield City Council, facilitated by Phoenix Eye Film Production & Acting For Mindfulness.

The Cyber Connect Project was an initiative to showcase 12 film makers on stories and turning imagination to reality through film. The idea to make mental health visible through film by openly talking about it was a chance to reduce the stigma and create awareness.

It so important the more we create awareness and make mental health accessible to the cultural community, the greater we can let go of stigma and normalise the inter-generational issues of mental health.

To learn more about the 12 film makers and their work, click on the link below!

Giving Thanks to our Health and Essential Workers

Local Hairdresser Shares Her Mental Health Journey And Why She Loves Her Job!